While the national number of people who identify as spiritual has grown in recent years, spirituality is nothing strange in South Los Angeles where botanicas form part of the urban landscape.

“I’ve been a spiritual advisor in the community for 40 years,” said Carlos Soto of Indio Products, a company that supplies spiritual and religious products to smaller botanica shops throughout Los Angeles. “If you tell me you are looking for a job and can’t find one, I will tell you to light a Saint Jude candle. If you told me you are looking for a boyfriend or a better relationship with you husband, I’d say light a Saint Anthony candle.”

In 2012 and again in 2017, The Pew Research Center conducted a survey which found that an increasing number of people across gender, race and age groups in the United States are spiritual but not religious. In South-Central Los Angeles, botanicas such as the one Soto works for tell of a longstanding link between traditional and modern spiritual practices

Botanicas are stores that provide a variety of spiritual and religious items and services including candles, oils, powders, charms and literature. Most dictionary definitions associate botanicas with Santería, an African diaspora religion. 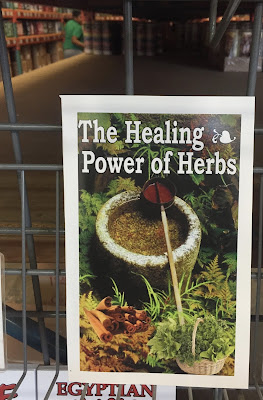 In recent past years, Santería had gathered national public attention through news articles that focused on ritual sacrifice aspects of the religion and by scholars who connected Cuban migration to the spread of Santería in the United States. 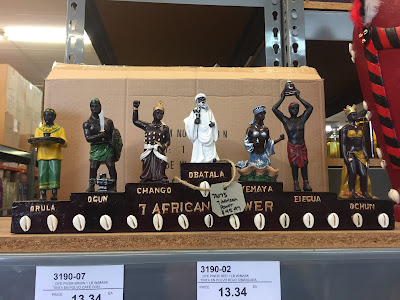 According to Soto, only about 10 percent of the store is Santeria-related products.

“The most common situations people come to me are for getting a job, court cases, and love matters like bringing a loved one back again,” Soto said. “I see 30 to 40 people a day with different problems who briefly tell me their situation and I tell them what to do as far as the candles. I have customers that have known me 30 years.”

Soto said the majority of his customers are women seeking partners and that men coming to him for advice is rare. He said he can “dress” up to 100 candles a day by preparing them with oils and prayers that match a client’s intentions. 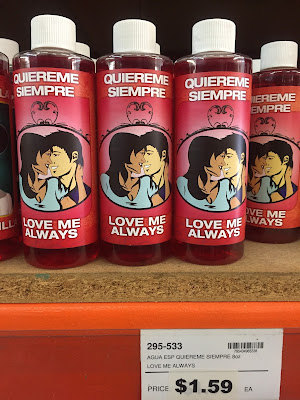 Whereas Soto provides his clients with help in preparing candles they believe will bring solutions to their problems, not too far from the botanica, Profesora Lety created Templo Botanico Santa Muerte Blanca for devotees to pray to folk saint Santa Muerte.

“I promised her I would build it,” said the temple’s owner Lety, explaining that roughly 20 years ago Santa Muerte granted her a prayer for which Lety thanked by building a temple in the saint’s honor.

Although the folk saint is not recognized by the Catholic Church, she has gained increasing recognition among society’s most marginalized people in Mexico, Central America and the United States since the 1990s, according to Andrew Chesnut, a religious studies professor and author of “Devoted to Death: Santa Muerte, the Skeleton Saint.”

Lety said her temple began with two small figures of the saint and over time people gifted her many more, including the eight-foot tall statue inside the temple. 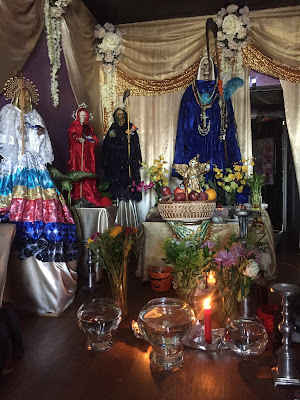 “They’re all gifts from people who believed and whose faith for her grew after she granted their prayers,” she said.“People define the faith they have, we believe in La Santa Muerte. When one sees results, one’s faith in her starts growing.”

For some, as Lety, one can grow up in a specific religion household and later find a faith more relevant and helpful to them. For others, faith is something one stays with early on.

“I grew up learning the good and the bad,” said Indio Products customer Ana Mancillas. “The bad is wishing harm on others.”

According to Soto, crossing onto dark magic is brujería.

“You say, ‘I want to get rid of my neighbors, I hate them.’ And you find a way to do it,” he said. He describes the store’s “Separar” or “Break-Up”, “Destructora”, and “Odio” or “Hatred” candles, all of which come in black, as the “ugliest” candles in the store. Addressing the demand for them, the store supplies these candles nonetheless, he said. 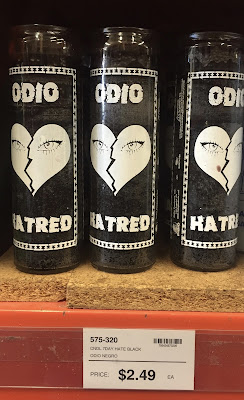 Soto said that many smaller botanicas use scams to promise people favors such as keeping someone forever or to bestow bad fortune on others.

“They’re going to see you as money, not as someone they want to help,” Soto said adding that he’s known of situations where people have been charged from $500 to $1,000 for services that promise the use of dark magic to grant a client’s longing. “I’ve seen customers go wild. They start going deeper and deeper and they start believing in the evil stuff,” he said.

Today, modern spiritual leaders such as The Hood Witch embrace the labels “witch” and “bruja”. Bri Luna, the person behind The Hood Witch, has a strong social media presence and in a recent post on Instagram she wrote, “The role of the witch spans from doctor to fortune teller to defender of justice, though they have suffered a long and violent history of misunderstanding, fear and persecution.”

In interviews Luna said she addresses in her work the spiritual knowledge passed on from women before her and its connection to community, including her personal connection to the East Los Angeles and South Central Los Angeles neighborhoods.

Whether bad or good, old or new, what is evident is legacies of spirituality and religion continue to blend and reemerge in South Los Angeles.