Skateboarding, a positive outlet for youth in South Los Angeles

Permanent scars, fractured limbs and in some instances death are skateboarding signatures, but for many youth in South Los Angeles personal empowerment began with a skateboard.

“I suck at every other sport, but I can skate,” said Mouse, a 17-year-old high school student who has been skateboarding for three years. Friends gave him the nickname he now goes by because of his size, he explained. “I’m small and skinny, I guess.”

Skateboarding is a high-risk sport that according to a 2016 study by the Center for Injury Research and Policy results in 176 daily emergency room visits across the nation. To the youth in South Los Angeles who practice every day, injury is common but minor against the satisfaction skateboarding rewards them with.

“It’s a part of skating,” said 16-year-old Samuel Avelar before he resumed grinding his skateboard against the rails at Gilbert Lindsay Skatepark. “You’re going to wind up getting hurt.”

Children who skateboard tend to suffer more head injuries, whereas older teenagers are more likely to receive injuries to the limbs such as legs and arms, according to a study in the medical journal Archive of Pediatric and Adolescent Medicine.

Jesse Ortiz started skateboarding when he was 12 years old and fractured his ankle a year later, causing him to wear a cast for three months.

“I took it off a week later because people kept making fun of me,” said the 20-year-old community college student. “I got home one day and started cutting the cast with a knife. It took me hours.”

Israel Mora said he also broke his ankle while participating in a sponsored skateboard contest.

“I got carried away and I broke my ankle,” Mora who is 17 years old said. “It was the first time I got a cast.”

Mora’s dad picked him up that day and drove him to the emergency room at the California Hospital Medical Center in downtown. “He was mad,” Mora recalled. “It was during Halloween. I remember it was that day because my brothers were going trick or treating and then we couldn’t because we were at the hospital.”

Excluding the six years Ortiz spent in foster care throughout California, he grew up and learned to skate in South Los Angeles. He said being questioned about his reasons for skateboarding considering the damage he has sustained irritate him.

“Skating lets me focus on one thing at a time, like practicing a flip, rather than on 1,000 thoughts which can be terrifying,” Ortiz said. “It kills anxiety and keeps me distracted so I don’t have those thoughts in my head.”

When he was younger, Mora often skipped class and would meet with friends at a local park where someone gave him his first skateboard.

“My friend was a skater,” said Mora who was sitting down, both of his feet placed on his skateboard. “He was out at night and he got stabbed on 42nd and Normandie. With skateboarding you’re going to be out late a lot of the time.”

Before dying, his friend introduced him to skateboarding and he has been skating since. “When you're mad or stressed you can take it out on the skateboard,” he said.

The group California Skateparks which works with community leaders to design and build skate parks around the world notes the testimony of professional skateboarder Dan Hughes on their website.

“Skateboarding reaches these ‘at risk’ youth, like no other sport. And it’s cool too,” Hughes wrote in an e-mail about the positive impacts of skateboarding. “Yet, it’s these same skateboarders who are learning a valuable work ethic. Because, believe me, if you don’t work hard and commit to a trick, you won’t land it. They also learn how to work independently, and also how to be creative, and develop their own style.”

For 17-year-old Geo Castillo, skateboarding is a way to measure confidence and success.

“Nothing can stop you,” Castillo said. “Everything you see around here is my playground. Before trying a hard trick, I ask myself, how strong am I? How much can I trust myself?”

One of the best things about skateboarding, a lot of the skateboarders agreed, is the connections one makes with other people who skateboard.

“We don’t have to know each other’s personal lives. We just want to skate,” Ortiz said taking a break from skateboarding at Ted Watkins Skatepark. “Like we’ll start clapping if we see someone landed a sick trick.” 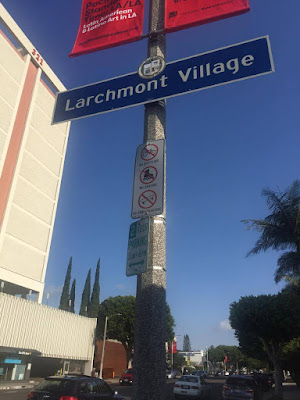